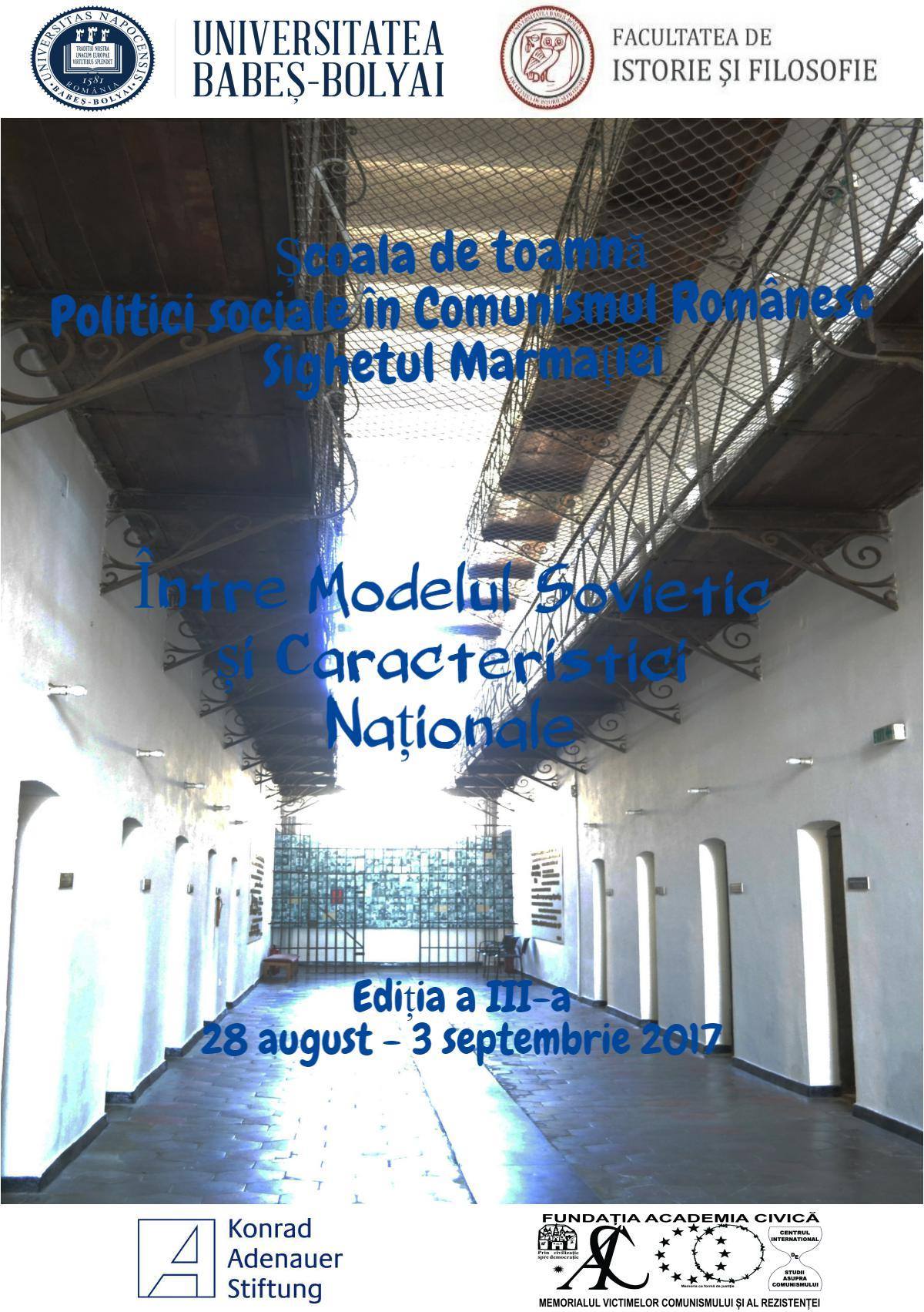 The Social Policies under Romanian Communism Autumn School has arrived at its third edition. For one week, in September the Memorial Museum in Sighetul Marmatiei will be host to 30 students (BA, MA, PhD) who come together to debate the new theoretical and factual acquisitions relating to the history of Romanian Communism.

This year's topic will be Between the Soviet Model and National Characteristics and will be focused on a comparative approach with the hope that future historians will better understand Communism and its East-Central European context.

In 2017 the Autumn School is open for students and researchers both from Romania and for those living and working in other former socialists states in Central and Eastern Europe(Poland, Hungary, Czech Republik Slovakia, Bulgaria etc.).
Those interested in taking part should send a recommendation letter signed by a professor and a 2000 world=long essay in two recently published books on the history of communism to socialpoliciesautumnschool@gmail.com

This website uses cookies to improve your experience while you navigate through the website. Out of these, the cookies that are categorized as necessary are stored on your browser as they are essential for the working of basic functionalities of the website. We also use third-party cookies that help us analyze and understand how you use this website. These cookies will be stored in your browser only with your consent. You also have the option to opt-out of these cookies. But opting out of some of these cookies may affect your browsing experience.
Necessary Întotdeauna activate
Necessary cookies are absolutely essential for the website to function properly. This category only includes cookies that ensures basic functionalities and security features of the website. These cookies do not store any personal information.
Functional
Functional cookies help to perform certain functionalities like sharing the content of the website on social media platforms, collect feedbacks, and other third-party features.
Performance
Performance cookies are used to understand and analyze the key performance indexes of the website which helps in delivering a better user experience for the visitors.
Analytics
Analytical cookies are used to understand how visitors interact with the website. These cookies help provide information on metrics the number of visitors, bounce rate, traffic source, etc.
Advertisement
Advertisement cookies are used to provide visitors with relevant ads and marketing campaigns. These cookies track visitors across websites and collect information to provide customized ads.
Others
Other uncategorized cookies are those that are being analyzed and have not been classified into a category as yet.
SALVEAZĂ ȘI ACCEPTĂ